Warmest greetings from all of us at A-Pro Home Inspection! Hope the sun is shining in your corner of the country!

In our latest issue of From the Rafters, we’ve got news you can use to assist your clients: info about common vegetation issues, attic insulation, and garage inspections. Plus, we’ve included a few summer conversation-starters for your next open house. Eleven-year-old Frank Epperson accidentally invented a summer favorite that now sells by the billion. Know what it is? Read on to find out.

We look forward to serving you as the summer kicks into high gear! Just let us know how A-Pro can help. 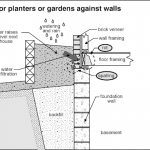 Home inspectors appreciate a nicely trimmed dogwood tree or a blooming pink azalea bush as much as the next person. But you won’t find notes like “spectacular tulips” and “stunning purple rhododendrons” in a home inspection report. While the quality of a property’s vegetation and landscaping may be a strong selling point to a potential homebuyer, such judgments are beyond the scope of a home inspection.

However, that doesn’t mean a home’s surrounding vegetation gets ignored. Often home inspectors, like those at A-Pro Home Inspection, will alert sellers and buyers to instances in which vegetation can lead to damage, inefficiency, and unsafe conditions. Here are six such cases:

Roof and Exterior Damage: When trees and bushes are too close to a home and have not been properly pruned, they can rub up against building materials, causing abrasions and more significant damage. Limbs overhanging a roof can drop leaves and seeds that clog gutters. If unchecked, this can lead to rainwater runoff that can stain siding and facilitate foundation problems. Snow-laden or wind-blown branches and limbs can break off and cause severe roof damage and potential bodily injury. Because they retain moisture, shrubs planted too close to a structure can speed up the deterioration of the exterior cladding and attract wood-destroying insects. 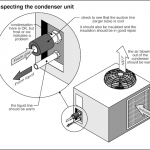 Air Conditioning: During a visual inspection of a home’s central air conditioning unit, the inspector may find vegetation restricting air flow through the coil—a condition that can prevent the system from operating at peak efficiency and cause costly failure of other components.

Sewer Lines: Most commonly, trees with aggressive root systems are literally at the root of a blocked and damaged sewer line. Even a slightly leaky sewer pipe will draw the attention of roots that are seeking moisture. The invasive roots of large nearby trees can enter a pipe through holes and gaps. Over time, they can tangle themselves into a twisted obstruction inside the line. This can result in a complete collapse of the sewer line. A professional video sewer scope inspection is recommended to reveal the extent of the problem.

Concrete and Asphalt Damage: Many times tree roots are the cause of cracking and heaving of concrete and asphalt. Inspectors will note damage to walkways, driveways, and other structures that can be attributed to root issues.

Brick Chimneys: While quaint in appearance, ivy climbing the walls of a chimney can pose serious concerns, especially if it penetrates mortar joints. This can weaken the chimney; allow in moisture and perpetuate the freeze-thaw cycle; cause the flue to break, which can lead to carbon monoxide leaking into the home and an increased chance of house fire; and spur mold growth.

Foundation: Small roots have been known to penetrate existing cracks in a foundation, worsening its condition. More alarming, trees planted too close to a home can change the condition of the soil. This situation can cause the foundation to move and crack. Further, plants near the home that require frequent watering can accelerate foundational moisture issues.

These are just some of the vegetation problems an A-Pro Home Inspector will be looking for during a complete 500-point, roof-to-foundation home inspection. 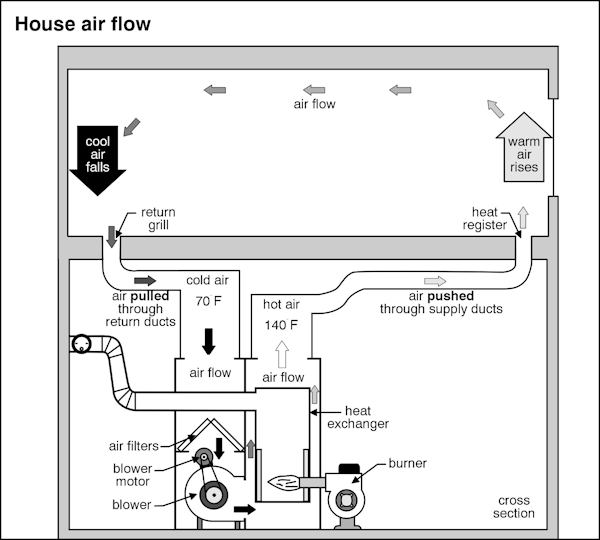 Don’t Insulate Yourself from Insulation Issues

A skilled home inspector knows that the condition of an attic can reveal a great about the overall status of a home, including problems with the roof, excessive moisture due to improper venting, termites, birds and bats, and rotting framework. One of the essential parts of an attic inspection is a checkup of the insulation. Insulation, which is designed to resist the flow of heat when correctly installed, plays a predominant role in keeping a home comfortable during the winter and summer while preventing utility bills from skyrocketing.

A-Pro’s inspectors have been in thousands of attics over the years, examining blown-in fiberglass or cellulose insulation, and rolled or pre-cut fiberglass batt (blanket) insulation. In addition to pointing out defects, the inspector will report on the type of insulation and its depth or thickness. Here are a few common insulation concerns:

Lack of Insulation: In climates with extreme temperatures, a lack of attic insulation may not effectively block the flow of heat. The home inspector may note that the structure could benefit from additional insulation (for example, adding a second layer of fiberglass batt insulation between floor joists). In some cases, the inspector may find that a double layer of insulation has been compressed to the size of one layer, reducing its effectiveness.

Improper Installation: The inspector will report on obvious problems such as insulation blocking attic vents. Also obvious are instances in which the contractor has installed batt insulation with its paper vapor barrier facing the wrong way. This flammable paper backing should face down on the floor and against walls. In other words, you should never be able to see the thick paper barrier once the insulation has been installed. If on the outside, the paper vapor retarder can trap humid attic air, leading to rot and mold. 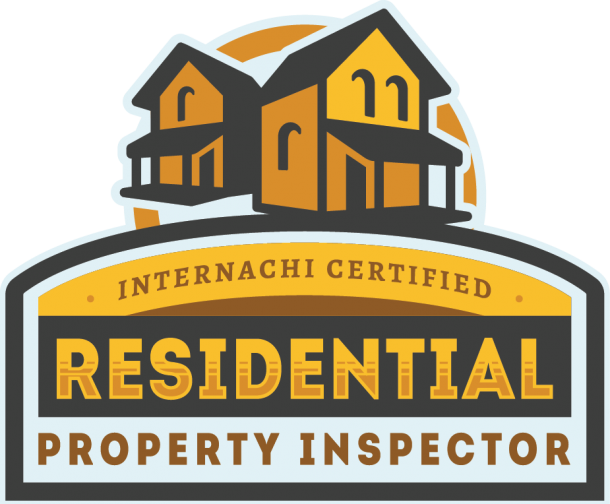 Gaps: Gaps or disturbances in insulation (both large and small) and uneven insulation are often the results of poor installation. This situation can result in damaging moisture problems. Other areas of concern include having no insulation on the attic access hatch or door.

Compressed and Dirty Insulation: Like many things, attic insulation may not age well. Dirt, droppings, and flattening over time can turn once-fluffy and effective insulation into material that doesn’t do its job due to a lack of air spaces in the material. In such cases, the insulation’s R-value—its level of thermal resistance—can be drastically diminished. These conditions and recommendations for replacement will be reported by the home inspector.

Inspecting attic insulation is just one part of an A-Pro 500-point home inspection.

Generally, outbuildings (sheds, for example) are not part of a foundation-to-roof home inspection. The exceptions to this rule are detached garages and carports. Regardless of whether the garage is attached or detached, your clients can expect a thorough inspection of this important structure, including its door, safety stops, automatic door opener, flooring, wall and ceiling materials, and electrical outlets. Inspections of a garage door can be dangerous, so there will be some cases in which the inspector will determine that testing it may be unsafe or cause damage to its components.

Among other trouble spots, a home inspector will check the garage for:

Inspecting a garage is just one part of an A-Pro 500-point home inspection.

A Final Thought: When your clients need home inspections this summer– or any season – give your local team at A-Pro a call. We’ve performed thousands of inspections from coast to coast since 1994.